The Odds of Owning a Home in Ohio

Owning property and being able to call your home your own is something of a dream for many of us. But with one of the most affordable costs of living in the U.S., what are your odds of being able to buy a home in Ohio, and how do your chances here compare to neighboring states?

To determine your odds of owning property in the Buckeye State, we considered a series of factors including the state’s income-house value ratio, Ohio house price growth, the number of households here per 1,000 people, and the home ownership rate across the state.

Ranking each US state for each factor, we were able to reveal where Ohio places among the easiest regions to purchase property.

As you can see, we're about more than just betting and finding the best Ohio sports betting promo codes here at BetOhio.

How Easy is it to Buy Property in Ohio?

According to our research, with an overall index score of 60.7 out of 100, Ohio is among the easiest states to buy property in, ranking eighth. If this were comparing Ohio sportsbook apps, this would make for a favorite.

Notably, there’s also a significant number of households per 1,000 Ohio residents – just under four for every ten people. However, the state’s large population potentially contributes to its home ownership rate of just 67.00% - lower than the national average of 68.34%.

In addition to this, house prices across Ohio are rising more slowly than the average rate (58.62%), with the typical property here worth 57.80% more in 2022 than five years ago. 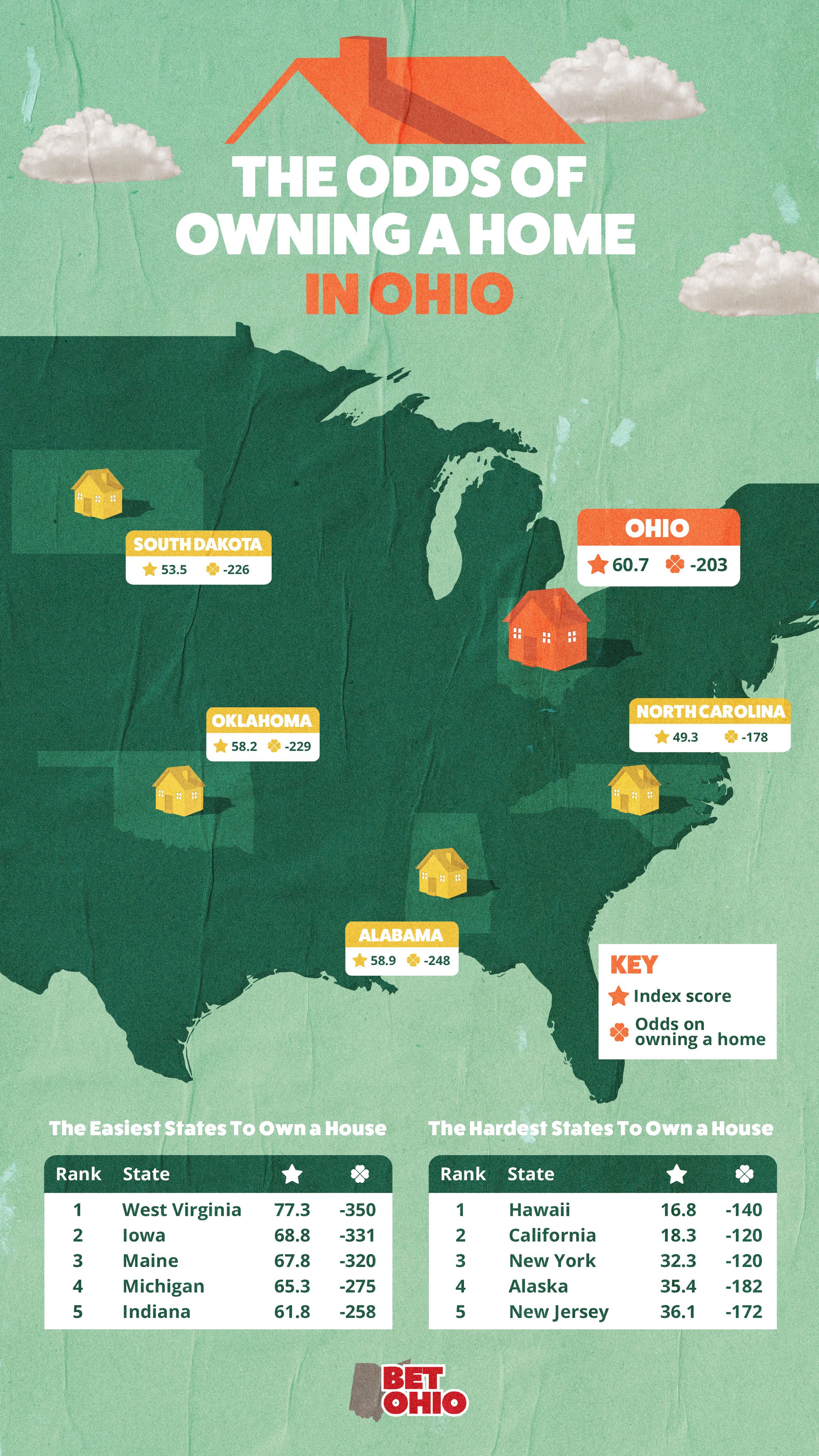 What are Your Odds of Buying a Home in Ohio?

In addition, your chances of becoming an Ohio homeowner are generally favorable, with moneyline odds of -203. This means, statistically, you’re much more likely to be able to afford property here than not!

For even more expert insight like this, check out the latest on BetOhio, also your home to all of the new Ohio sports betting sites.

To determine the how easy it is to buy property in Ohio, we considered four different factors for each U.S. state:

Data for these factors was collected and normalized, to give each factor an indexed value between 0 and 1. These values were then summed, to provide a total score out of four for each state. The states were then ranked from highest to lowest based on this score.

To determine your odds of owning a home in Ohio, we looked at the home ownership implied percentage and equivalent moneyline odds.