Whether it’s the NFL, NBA, MLB, NHL or MLS, Ohio boasts a leading sports team in every major league. Home to some of American sport’s most prominent franchises, from the Browns and Bengals to the Cavaliers and Reds, Ohio has plenty of devoted fans who would die for their team each week.

And starting Jan. 1, fans will be able to wager on their favorite teams using offers like the BetMGM Ohio bonus code.

But are some Ohio teams more popular than others? And if so, who?

To determine the most popular teams in Ohio, we analyzed the number of Google searches each recorded over the last 12 months. We then calculated the average monthly volume and ranked the top franchises. Read on to see where your team places! 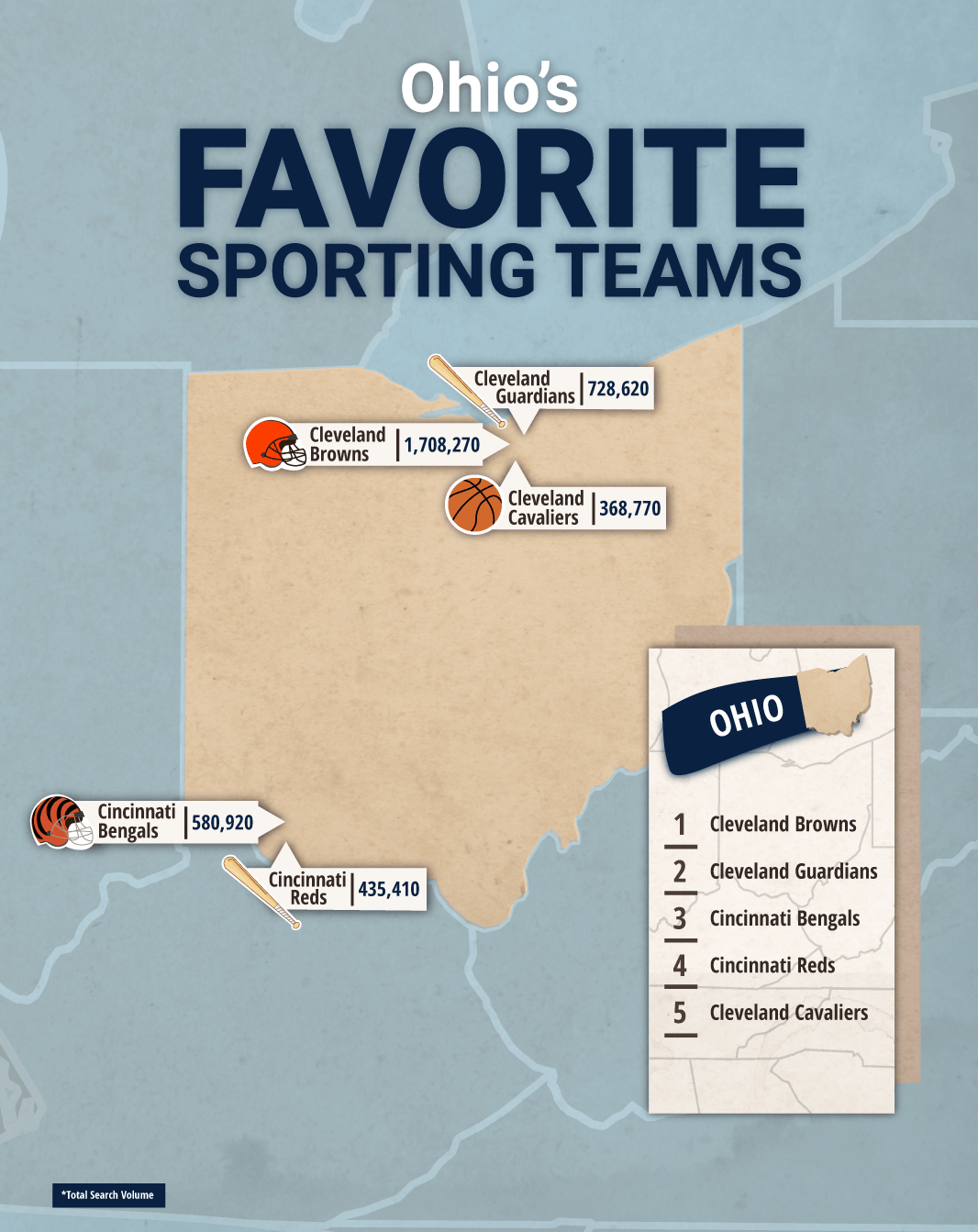 Leading the way as Ohio’s most popular sports team, we have the NFL’s Cleveland Browns, with an astonishing 1.7 million Google searches each and every month. This includes being ranked No. 1 in eight of Ohio’s 10 major cities and recording 246,000 searches in Cleveland (1st) and 165,000 in Columbus (1st).

The Browns are yet to ever reach the Super Bowl (although they did reach the playoffs in 2020), so it’s little surprise they’ll be longshots when the best  Ohio sports betting promos kick off.

The Guardians have struggled to achieve any sort of success in recent years, with just one World Series appearance since 1997, though they’ve managed to maintain strong local support.

Bengals fans came moments from celebrating Super Bowl success last year, but are only +1200 at Caesars Ohio Sportsbook to return to the Super Bowl this season.

The Cincinnati Reds are the state’s second most popular baseball team, with 435,000 monthly Google searches. They’re the top MLB team in Cincinnati, though, ranking as the joint-most popular team in the city alongside the Bengals.

In fifth, with almost 370,000 Google searches a month, including 90,500 in Cleveland, we have Ohio’s most popular basketball team: the Cleveland Cavaliers. The Cavaliers are outsiders for their second NBA Championship, with their first coming in 2016, but a dedicated fanbase will be cheering them on all season, nonetheless.

Ohio’s Most Popular Teams by City


Watching sports is one of the most popular pastimes in Ohio, so it should come as no surprise to see such staggering search volumes for each of the state’s most popular teams.