Which Sport Will Claim The Market Share In Ohio By 2030? 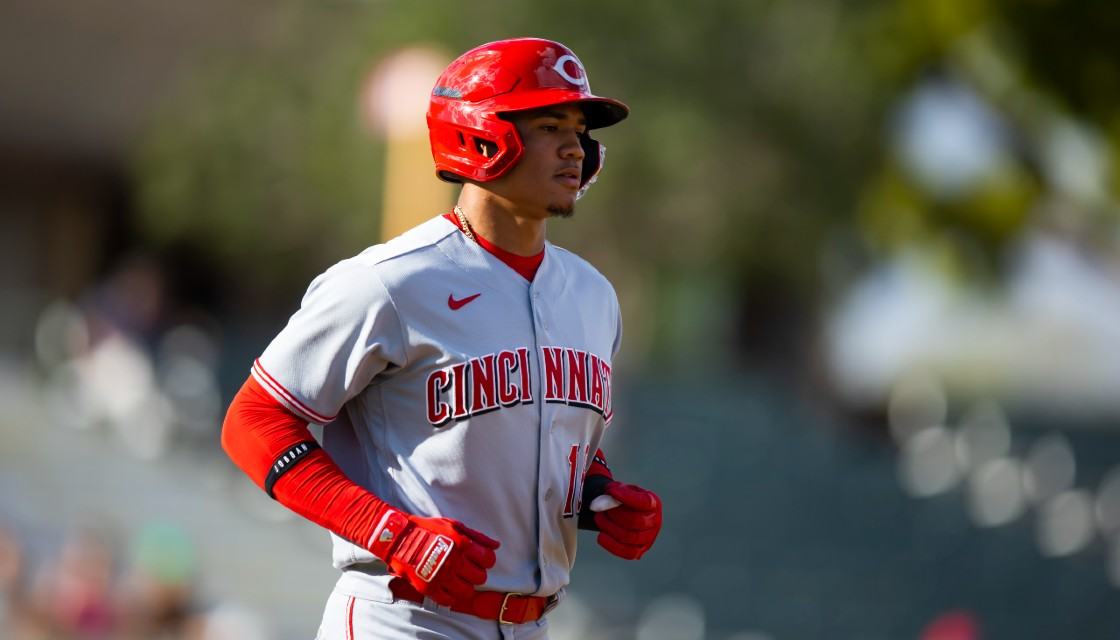 Major league sports date back well over 100 years, back to when Major League Baseball as we know it started in 1901 with the advent of the American League (the National League was founded in 1876). The growth hasn’t stopped, either, which is why we wanted to uncover which leagues bring in the most supporters and have the fastest-growing market share in 2023.

At BetOhio, where we typically stick to Ohio sportsbooks, we used Google search data to find out exactly that.

Looking at how much each team in The Buckeye State has grown on Google from 2004 to 2022, as well as forecasting predictions for 2030, we were then able to analyze which major league sports have shown promise for the future, and which have fallen behind.

Just read on to unravel how market share is changing in The Buckeye State now that top bookmakers like Tipico Ohio have launched, and see what you make of it! 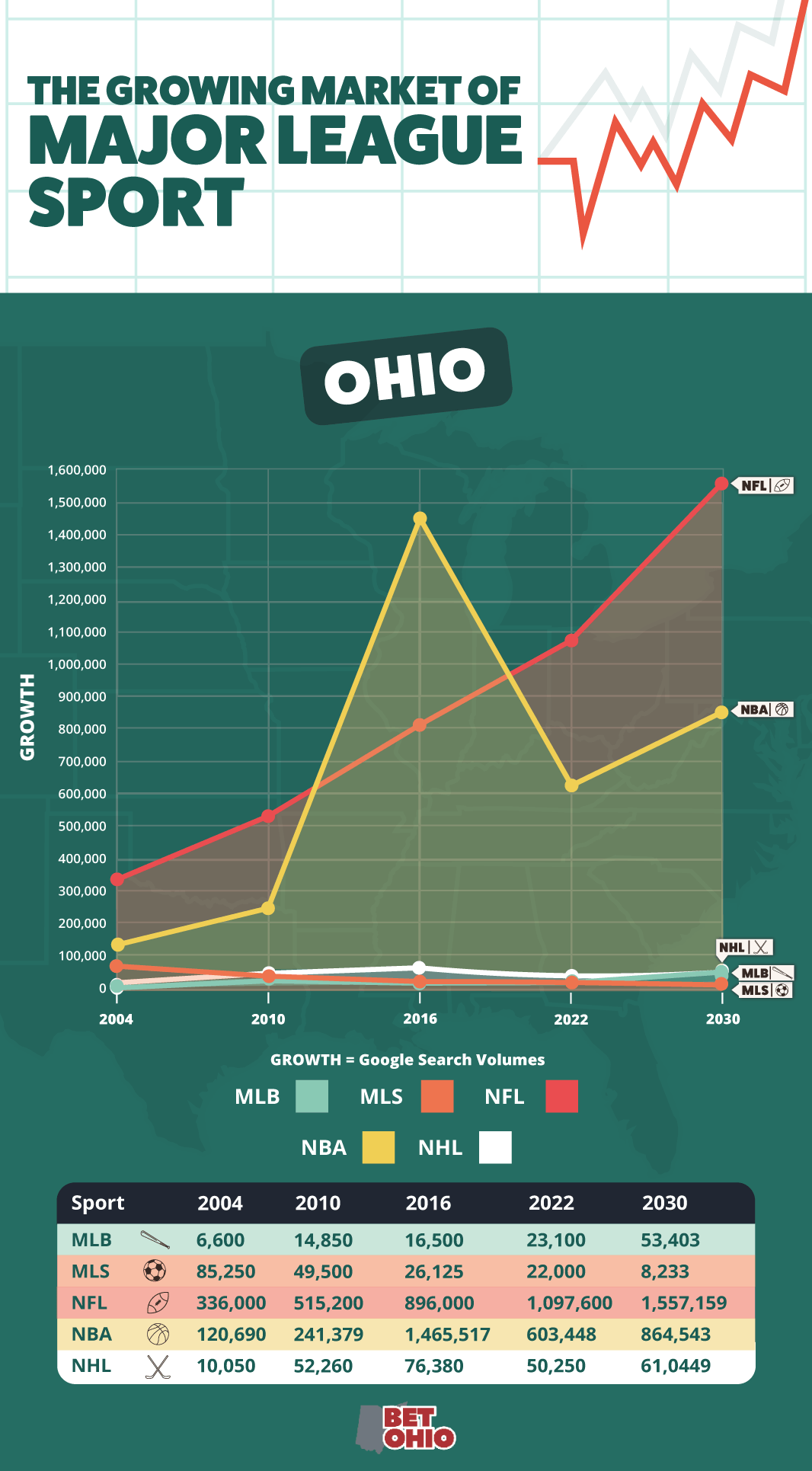 MLB by our metrics takes the winning spot for futuristic market growth, with a forecasted growth of 131% in the number of fans by 2030.

With both the Cincinnati Reds and Cleveland Guardians boasting respective loyal fanbases, it’s no surprise that MLB will see a lot of continued support in the years to come. And stakes are only getting higher, with the league projected to be up by a whopping 709% from 2004-2030, compared to the 250% market share from 2004 to 2022.

Both Reds and Guardians fans should remember that BetOhio is home to the best Ohio sports betting app when Spring Training rolls around.

It’s the National Basketball Association that’s grown the most in Ohio market share from 2004 up to 2022. This 400% fan interest is no doubt thanks to the success of LeBron James, and then the Cavaliers, in that order.

James' second stint in Cleveland saw the phenom finally deliver a title to his home state in 2016, and with the Cavs finally playing winning basketball since his departure to L.A., the generation that grew up watching James again has a legitimate contender to root for.

Check back here for Ohio sportsbook promos when the Cavs make their NBA Playoffs run this season.

Meanwhile the NHL, while still low compared to other major league sports such as the NFL and the NBA, has the third highest-growing market share in Ohio. This league has actually increased by the same amount (400%) as the NBA, from 2004 to 2022. And this is expected to grow by 21% through 2030, which is pretty remarkable if you're on the Blue Jackets bandwagon.

The growth in NFL market share has exploded across the country since 2004 and even earlier, leading to a lower percentage increase than MLB in Ohio. But don't feel too bad for the league, as the NFL has nearly 70,000 more search terms online than the NBA. This is probably thanks to the loyalty both the Browns and the Bengals have amongst Ohio-born fans.

This dataset from BetOhio.com compares the number of fans for each major sporting league (NFL, NBA, NHL, MLS, MLB) in the state of Ohio and forecasts their projected growth up to 2030 using search volume and Google trend data.

As search volume data is only accessible back to December 2018, the estimated search volume from January 2004 to November 2018 has to be calculated. Using the trend values as proxies, the equivalent search volume of the largest trend index value accessible could be found as far back as 2004.

If multiple months had the same largest index value, the one with the largest search volume would be used. This allowed for the calculation of the index estimated search volume (IESV) metric.

From there, the “=forecast.ets” function was used to forecast the IESV. This takes into account seasonality, which is necessary, as the sports will have peaks and dips at different times of the year, meaning a linear forecast cannot be used.

This was used to forecast the data to December 2030, using the previously estimated search volume from January 2004 to November 2022.

Be sure to check back with BetOhio for our industry-leading reviews of operators like Caesars Sportsbook Ohio.