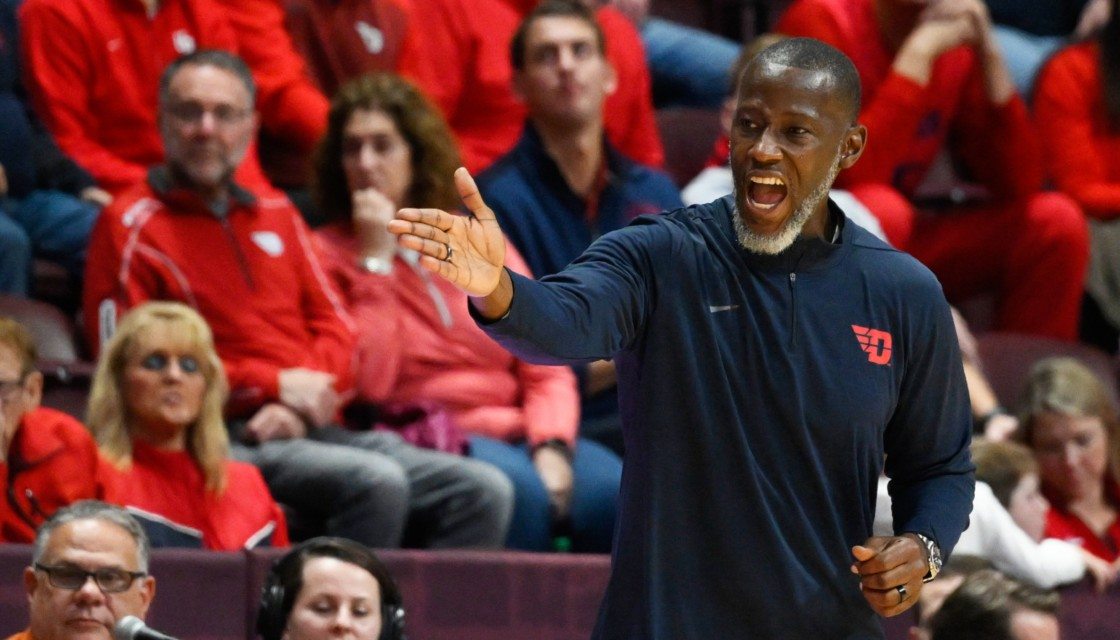 Sports betting in Ohio launched statewide on New Year’s Day. Grant did not specify which of his players had received hateful messages.

“There’s some laws that have recently been enacted, that really to me could change the landscape of what college sports is all about,” Grant said, according to the Dayton Daily News. “When we have people that make it about themselves and attack kids because of their own agenda, it sickens me. They have families. They don’t deserve that. Mental health is real. So, if you’re a Flyer fan, I ask you just to understand what you’re dealing with, with young people. Take a step back and reevaluate your priorities.”

Dayton athletic director Neil Sullivan said that hateful messages toward players on social media has risen since legal, regulated sports gambling began in Ohio, according to the Daily News.

The Ohio Casino Control Commission held a meeting Wednesday morning and Executive Director Matt Schuler said that the Commission will seek to potentially ban sports bettors in the state who target college athletes.

Caesars Entertainment was fined $150,000 by the OCCC on Wednesday. There will be additional staff-level training for the company after a violation of sports betting advertisement rules.

The Caesars Sportsbook Ohio violations, which involve the use of the term “free” bet and lack of a responsible gaming message, came from a third-party affiliate, according to Caesars SVP of Regulatory and Compliance Jeff Hendricks.

President of Caesars Digital Eric Hession said Caesars has terminated its relationship with the third-party affiliate responsible for the violation.

“We immediately reached out to the affiliate and alerted them to the findings that you provided us and we terminated our relationship with that affiliate, not only in the state of Ohio, but nationally,” Hession said. “In addition, we alerted all of the other affiliates that we operate with in Ohio or nationally, as well, to this action we had taken with the affiliate.

“We also reminded them of the strict adherence and that they are obligated to run all of their advertising by us prior to disseminating it.”

Hession added that Caesars has prohibited “click-through marketing,” which was content with the Caesars brand and “free” or “risk-free” language, intended to attract website clicks.

“We aggressively went out and made sure this was a top priority and made sure that all of the other affiliates we work with are aware of the consequences of deviating from the contractual agreements we have with them,” Hession said.

The Ohio Casino Control Commission applauded Caesars for acting swiftly on the matter and terminating its relationship with the third-party affiliate.

“Thank you for communicating, effectively, what occurred and what we hope will no longer occur,” Chair June E. Taylor said. “At the end of the day, our words are our bond. We are listening and we hear you clearly.

“I think the fact that your organization terminated this affiliate relationship, that only speaks volumes about your values, your philosophy and your leadership. For us, it’s a model of compliance that we hope those that are listening are also learning.”

There are more violation hearings pending for some Ohio sportsbook apps. DraftKings, BetMGM and PENN Entertainment each await those hearings and are susceptible to hefty fines for violations.

OCCC Executive Director Schuler said Ohio had a “smooth launch” to the world of sports betting. There were more than 700 retail sports betting kiosks and 16 online books that began taking wagers on New Year’s Day.

One more mobile book will join the fold soon after the Commission granted a mobile management service provider license to WynnBET Sportsbook Ohio on Wednesday.

The company will provide mobile sports betting for Jack Thistledown Racino in North Randall, about 15 miles southeast of downtown Cleveland. The facility has slot machines and live horse racing.

For the latest news and reviews, plus information on Ohio sportsbook promos, stay with BetOhio.com.

Shelby Dermer is a reporter for BetOhio.com. Shelby has been a sports reporter for the Cincinnati Enquirer for the last five years and now lends his expertise to the Ohio sports betting market. He grew up in Waynesville, Ohio, and graduated from Ohio University.