Super Bowl LVII: How the Bengals Odds Stack Up Against Past Winners 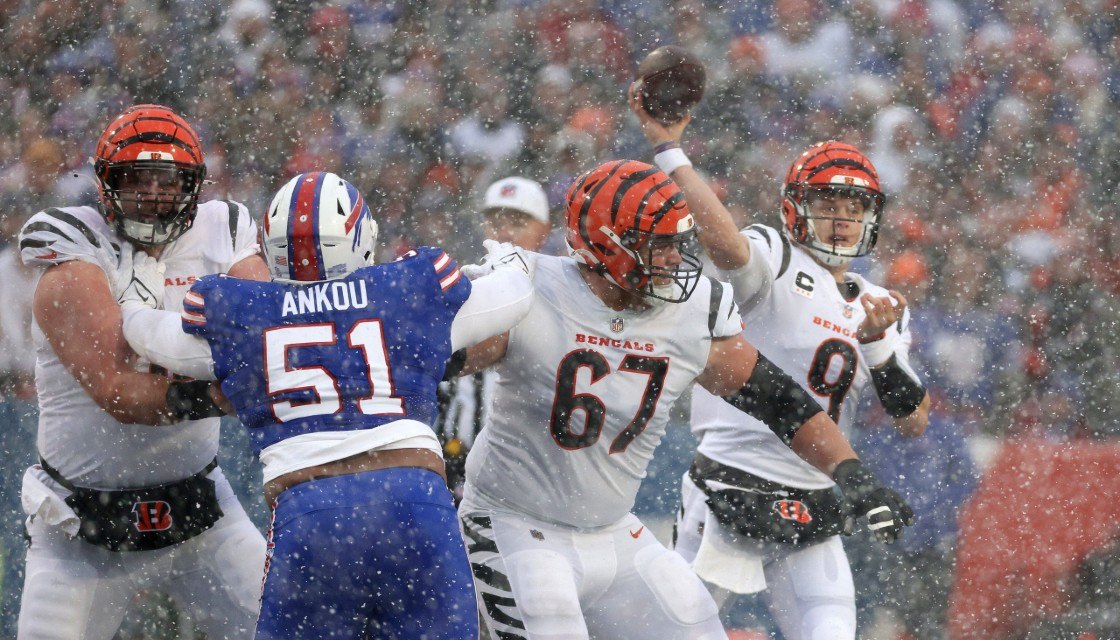 The third-year quarterback has led the Cincinnati Bengals within a victory of the Super Bowl for a second straight season, upsetting top-seeded Buffalo 27-10 in the AFC Divisional game this weekend.

Now, Burrow and the Bengals are tasked with pulling off another upset, against 14-3 Kansas City on the road at Arrowhead Stadium this Sunday, to reach the Super Bowl for the second straight season.

The Bengals have come a long way this season, odds-wise, with oddsmakers at BetMGM Sportsbook Ohio upping the Bengals’ chances from +1200 to win Super Bowl LVII preseason to +270 as of Monday morning.

The team ranks in a tie with the Chiefs for second on BetMGM’s odds board, behind the Eagles (+260) and ahead of the 49ers (+300) heading into Sunday’s AFC Championship game.

The Bengals and Chiefs are both listed at -110 on the moneyline, with Cincinnati a 1-point underdog in Sunday’s AFC Championship game.

Placing bets on the NFC and AFC Championship games? Log on to BetOhio.com for all the Ohio sportsbook promo codes.

BetOhio.com has reviews of all the Ohio mobile betting apps.

The Bengals’ +1200 odds to win the Super Bowl before the season’s opening kickoff are the same as last year’s champion (the L.A. Rams), and the 11th longest of any champion since 1999. A win would fetch a fantastic payout at an operator like bet365 Ohio.

Three Super Bowl champions began their campaigns with the same odds as the Bengals — the 2002 Buccaneers, the 2005 Steelers, and the 2022 Rams.

Be sure to check back with BetOhio for top-tier sportsbook reviews, like our write up on the Tipico Ohio promo code.

Christopher Boan writes for BetOhio.com and has been covering sports and sports betting for more than seven years, with experience at ArizonaSports.com, the Tucson Weekly and the Green Valley News.